For Emily Shyr (CC ‘17), oboe studies and history passions are utterly intertwined. With a twinkle in her eye and a chuckle to herself here and there, Emily spoke with characteristic eloquence about musical dialogue, Ian Bostridge (the gorgeous English tenor most known for his Schubert lieder), and music’s significance to her Columbia career.

“Being a musician is so much more than having ‘good rhythm,’ and having a sense of pitch – it’s more generally about being a good person.” “Being a good person,” for Emily, lies not just in being “well-rounded,” learning to listen (musically or otherwise), or fostering a connection between artist and audience, but also in being keenly aware of how a musician is an integral part of history. And history, for Emily, is a three-part process: composer-musician-audience. That three-tiered dialogue informs her love of music, history, and bringing both together when she plays, whether in chamber, orchestra, or solo settings–all of which Emily has had the pleasure of participating in at Columbia.

Part of Emily’s “obsession” with Ian Bostridge, and Schubert at large, is the composer’s quintessential use of silence, that oft-elusive musical principle. What is it? What do we make of it? How does it structure music? Learning to “play” silence, that point in the music when it’s most uncomfortable, requires as much training as it takes to play notes. Emily recommends giving Bostridge’s rendition of Schubert’s “Nacht und Traüme,” D. 827 or “Auf dem Wasser zu singen,” D774 a listen.

It’s hard to remember what Emily has not been integral to at Columbia–she has served as principal oboist and president of Columbia University Orchestra (CUO), participated in several chamber ensembles as part of the Music Performance Program (including a Carnegie Hall performance this past April 2017), and in the New York Youth Symphony (NYYS), NYC’s renowned tuition-free orchestra for students. And yet, her “biggest regret these four years” was not joining CUO her freshman year, when she was also in NYYS, wary of the added stress. The “adrenaline” of “knowing that all this hard work was going to pay off,” however, stemmed from giving her all, when “the only reason I thought the music scene on-campus was lacking was because I wasn’t putting enough into it.” It is this sense of immersing herself so fully in her passions for both music and history that have lent her a particularly holistic approach to music as a newly-minted CC grad.

Where is she off to next? She’s got some 9-month history masters programs lined up at Oxford and Cambridge (you know, just casually), where she plans to stay in the music world (maybe even meet Ian Bostridge??), and cultivate her bunny hobby. Oh, and probably searching for more golden kiwis while avoiding musicians with “big egos,” her pet peeve. Catch her on the other side of the pond, oboe in hand. 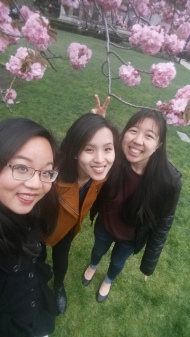 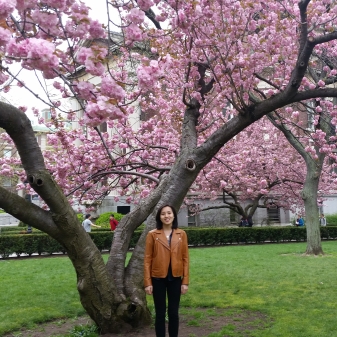 Our Most Recent Interviews